"Both of us were in the lab when we just saw a spider, and I&#39;m really afraid of them. So I started to scream for her to come and pick it up because she&#39;s not afraid of them.”

Ben-Gurion University of the Negev psychologist Tali Leibovich, talking about herself and a colleague.

We started arguing, and this is why we started this study. To see who is right."

Leibovich does not ordinarily study spiders.

But this spider encounter made her curious about how the human brain understands magnitude—what are the factors that influence our estimation of how big or small something is?

And does fear play a role?

So she and colleagues did an experiment in which participants had to say how big a spider in a photo was on a scale from housefly to goat.

And the subjects who were afraid of spiders consistently rated the arachnids as larger than did the non-phobic participants.

But the spider-phobes did not miscalculate the size of butterflies or birds.

Nor did they see wasps as larger-than-life, even though wasps can be dangerous.

The estimation error was spider-specific.

It seems our emotions drive us to experience the same world in very different ways.

The results are in the journal Biological Psychology.

"Now we can ask the question of what causes what?

If it&#39;s the latter, then perhaps spider-phobes can be trained to more accurately judge the size of the arachnids, and maybe that could ease their worries.

Some might even come to see spiders as actually kind of cool—or at least not downright terrifying. 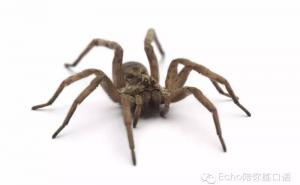